At another town hall meeting Tuesday, he pointed out that the government is constructing four interchanges at nearly the same cost of one done by Mahama who is seeking a comeback to power.

Dr Bawumia mentioned the Tema, Pokuase and Obetsebi Lamptey interchanges in the Greater Accra Region and Tamale in the Northern region, all at a total cost of $289million.

But the Kwame Nkrumah Interchange in Accra alone was constructed at $260million, he compared.

“I would just leave that for you to ponder,” he said, suggesting his government has been more prudent than the NDC when it was in power.

It is a three-tier interchange which includes a 1.2km flyover from the Busy Internet end of the Ring Road to the Awudome Cemetery, near the Obetsebi-Lamptey Roundabout, with lane markings and street lights.

The ‘Dubai Interchange’ was done in two phases; first one at a cost of €74 million and the second at US$170 million.

The first part of the project is being done with a $39-million loan from a British bank, HSBC, secured under the previous administration and approved by Parliament in August 2016. 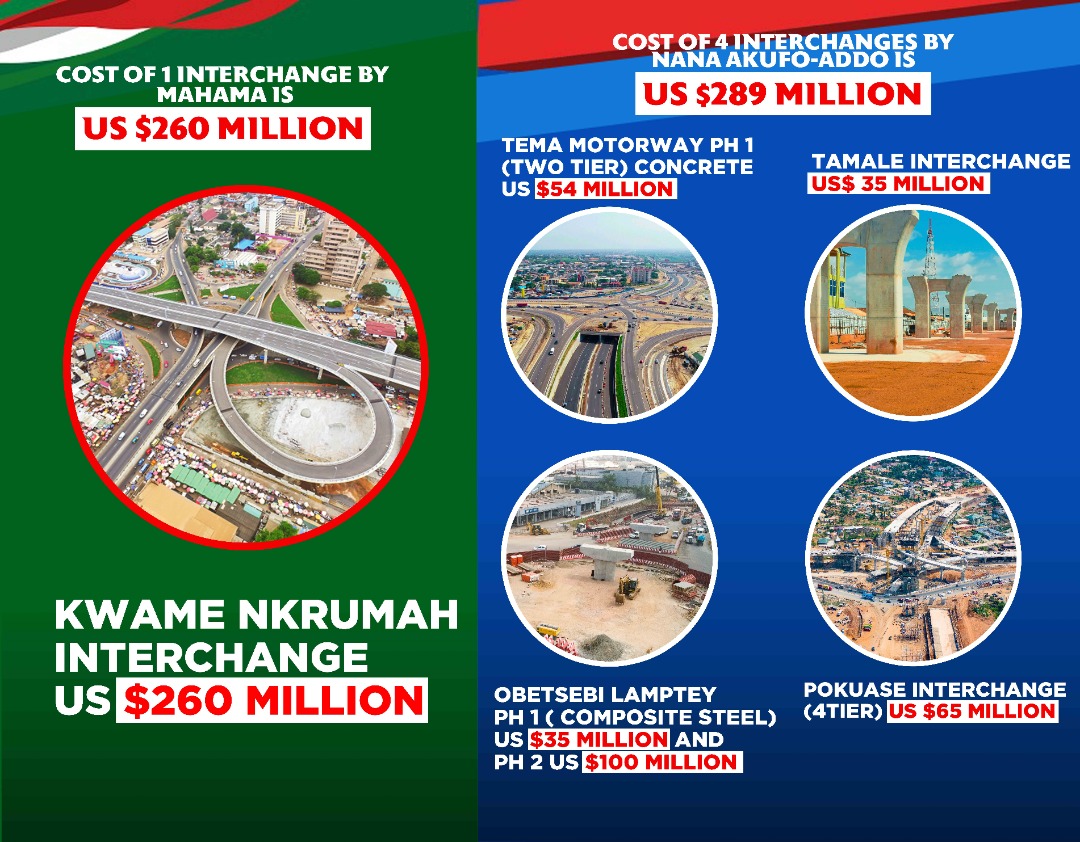 Dr Mahamudu Bawumia also pointed out that for eight years that the previous NDC government was in power, it could not complete one major road in three regions, the Upper West, Upper East and Savanna regions.

But already in the first-term of the Akufo-Addo government, these regions have at least one major road, he said.