Hong Kong set the bar for charter cities. But it’s not a blueprint that can be transported

A lush pocket of northeastern Ireland has been identified as the potential site for a new global city to rival Hong Kong.

Under property developer Ivan Ko’s original plans, the charter city “Nextpolis” would be wedged between two of Ireland’s largest towns and filled with half a million Hong Kongers taking refuge from political pressures in their home city.
Charter cities are those given leeway to operate differently to the standard model set by various territories. There are hundreds of such cities in the US, including San Francisco.
But while charter cities are fairly common, international charter cities are another matter. The idea, proposed in the late 2000s, was that new cities could be established in developing nations and operated by outside governments or organizations, with a completely different economic and social model to the rest of the country, as a way to supercharge development.
If “Nextpolis” goes ahead, it’ll be the first bid to establish an international charter city — albeit one with some tweaks — in almost a decade, and the first to go beyond the planning stages.
Previous attempts were derailed by corruption and instability, while the model itself has been denounced by some as neocolonial and unworkable.
Ko, founder of the international charter city investment company, Victoria Harbour Group (VHG), says his plan for a “new Hong Kong” in Ireland is still on track, despite an apparent lack of progress with Irish authorities. 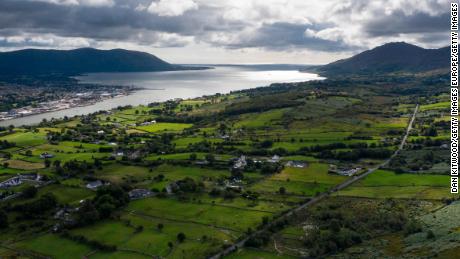 Hong Kong, or Ireland? (It’s Ireland.)
But Romer’s two attempts to establish international charter cities in Madagascar and Honduras, both ultimately failed.
The first project fell apart when Romer’s backer, Madagascan President Marc Ravalomanana, was forced from power in a coup in 2009. He then turned his attention to Honduras, which had just undergone its own coup, bringing President Porfirio Lobo to power. Concerns about corruption dogged the project, and Romer eventually resignedfrom a transparency commission that was supposed to be overseeing it, saying he had been blocked from key information.
For many critics of the charter city model, the instability and corruption seen in these developing countries pointed to a problem at the heart of the idea itself: that you can’t fix countries by parachuting in some neoliberal economists with grand ideas. Others also argued the idea itself was neocolonial.
Jason Hickel, an economic anthropologist and author of “The Divide: A Brief Guide to Global Inequality and its Solutions,” said that the closest model to charter cities in practice is free trade zones, which have been “roundly denounced in the literature on economic development because they do virtually nothing to improve actual development outcomes.”
“Wages tend to be lower than they are in the national territory, labor standards worse (and) environmental regulations non-existent,” he said. “This makes it ideal for patterns of accumulation by foreign capital, but not good for national development.”

Ko, the “Nextpolis” founder, told CNN that he had been working on the idea for an Irish-Hong Kong “charter city” since last year, when anti-government unrest rocked Hong Kong, leading many to consider leaving. But while he is reportedly pressing on with his plan, the Irish government is less than keen.
In a statement, Ireland’s department of foreign affairs said that “following an initial approach in December 2019, the department had limited contact” with Ko, and it had taken “no further action” on this matter.
While initially happy to talk, Ko broke off communications in July. The same month several students suspected of committing “secession” were arrested under a new security law imposed on the city by Beijing. Ko’s plan had been held up by many as a potential solution to those wary of the law.
And if anything is ever realized, it’s likely to be a radically reduced version of Ko’s original vision. According to a version of the plan leaked to the Times of London, he’d originally proposed a settlement of half a million people. His latest plan is for a town of just 15,000, smaller than some Hong Kong housing estates. According to the Times, officials expressed concern at him acquiring the amount of land required for a city the size Ko initially suggested.
Ko is not the only charter city proponent to see this as a potential solution to Hong Kong’s current political crisis. But while these proposals nod to Romer’s ideas, in practice they would be very different beasts: Ireland is obviously not a developing country, nor is there any chance of the Hong Kong government getting involved to assist with the building of the new settlement.
Yet Hong Kong is such an attractive example to charter city proponents of a place that exists within a country but governs itself differently that many feel this model can be transferred to another continent, swapping China for Ireland or the UK, to enjoy the same economic success that Hong Kong has in past decades.

Thanks for subscribing!
Tagged International news