A horrific incident was recorded at Madeira Police Station in Mthatha, South Africa as a 28-year-old woman was shot dead by her husband inside the facility where she had gone to report him for domestic violence.

The suspect said to be an employee of a security company was immediately apprehended and detained by the police officers after he had fired a hail of bullets. Some eyewitnesses who were in the police station at the time of the shooting ran for their lives. 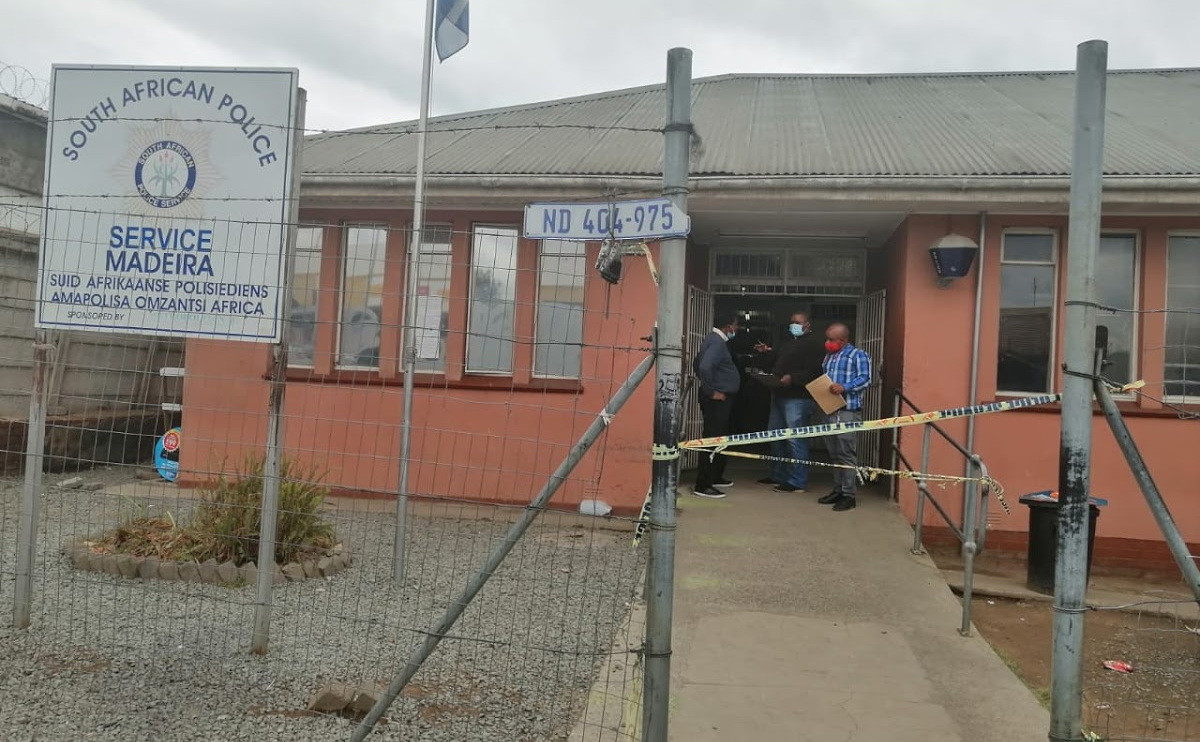 “I was busy having my documents certified when I heard gunshots

“I heard the first one and I thought it was not something serious. But I had to run for cover and hide behind the wall when I heard a second one, third and fourth while other people were running away from the yard screaming. We were all terrified.”

Provincial police spokesperson, Brigadier Tembinkosi Kinana who confirmed the incident said the man had attempted to escape before being apprehended after the shooting on Monday, September 7.

“Whilst she was busy reporting to the police officer at the Community Service Centre, the husband entered the station and without saying anything started shooting at the wife who succumbed to injuries sustained at the scene.

“The firearm he had in his possession was confiscated and will be sent to the forensic laboratory for ballistic testing.”

Kinana said the suspect would appear in court soon on a charge of murder.